THE TRUTH ABOUT LUXURY

After last-week’s post on voluntary self-restraint, you may be wondering what sort of flagellation is on the menu for today.
I’d like to clarify: material simplicity is part of the journey of happiness.  Everyone says so.

Many people think of luxury as the exact opposite of simplification.
According to Webster, the term even comes from the idea of EXCESS.  Too much.

Others think of luxury as a reward for hard work.


And that reward is not a bonus; it’s DESERVED: an entitlement*.
*Tangent: here's a great comment on the concepts of welfare and entitlement.
Whew.  That concept has gotten me into trouble from time to time, especially with spending.

"What is LUXURY really about?"


Today I want to talk about luxury from an entirely different perspective.  I was intrigued by an old episode of Top Gear [season 2 episode 2] that addressed exactly this.  While reluctantly test-driving a Rolls Royce,  Jeremy Clarkson surprised himself: (@3:15) “It seems this car represents an old fashioned approach to luxury motoring, and I rather like that.” At the end of his drive, he added, “Mostly a majestic, inspiring, serene and glorious blend of style and engineering.“ (@8:20)
Back at the studio, (@9:30) James May wanted to know, “What is luxury really about?  It’s not about gadgets and shagpile everywhere. It’s about peace & quiet and light and air and space. Big space!“ 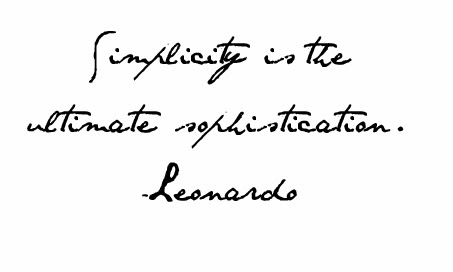 Simplicity, not complexity or flashiness. Quite frankly, the very wealthy can’t be bothered to sort through tons of gadgets and extras that have a learning curve and a tendency to break. They want well-designed quality, simplicity, and ease of use.


Because they do not have to focus on the day-to-day of bringing home the bacon--or trying to impress anyone-- the wealthy have the luxury of distilling down a million wants to a select few things they feel like they need to pursue their dreams.  Even the wealthy are only afforded 24 hours in a day.

Most of us don't have that kind of luxury.  But we can dream, too.

STUFF I want for my home:


If I can focus on exactly what I need for my dream life, it's less about buying stuff and more about building the life I want.


My kitchen functions better than some, and the appliances are alright as well.  But the materials are cheap, the layout is horrific, and the flooring is warped from damp.
To me, luxury is the privilege of getting exactly what you want the first time (and not having to go through several iterations of not-quite).  It's doing things right.

One of the more beautiful things about architecture is customization.  You do not have to do it like everyone else; you can do what works for you.

Whether your idea of luxury is a well-swept floor or an olympic sized pool, one thing is certain: you'll only feel rich if you are happy with what you have.