A Communist Dissident Gets Critical of Western Materialism

“Western society has given itself the organization best suited to its purposes based, I would say, on the letter of the law. The limits of human rights and righteousness are determined by a system of laws; such limits are very broad. People in the West have acquired considerable skill in interpreting and manipulating law. Any conflict is solved according to the letter of the law and this is considered to be the supreme solution. If one is right from a legal point of view, nothing more is required. Nobody will mention that one could still not be entirely right, and urge self-restraint, a willingness to renounce such legal rights, sacrifice and selfless risk. It would sound simply absurd. One almost never sees voluntary self-restraint. Everybody operates at the extreme limit of those legal frames.

“I have spent all my life under a Communist regime and I will tell you that a society without any objective legal scale is a terrible one indeed. But a society with no other scale than the legal one is not quite worthy of man either. A society which is based on the letter of the law and never reaches any higher is taking very scarce advantage of the high level of human possibilities. The letter of the law is too cold and formal to have a beneficial influence on society. Whenever the tissue of life is woven of legalistic relations, there is an atmosphere of moral mediocrity, paralyzing man's noblest impulses. And it will be simply impossible to stand through the trials of this threatening century with only the support of a legalistic structure.

“If humanism were right in declaring that man is born only to be happy, he would not be born to die. Since his body is doomed to die, his task on earth evidently must be of a more spiritual nature. It cannot be unrestrained enjoyment of everyday life. It cannot be the search for the best ways to obtain material goods and then cheerfully get the most of them. It has to be the fulfillment of a permanent, earnest duty so that one's life journey may become an experience of moral growth, so that one may leave life a better human being than one started it. It is imperative to review the table of widespread human values. Its present incorrectness is astounding. It is not possible that assessment of the President's performance be reduced to the question how much money one makes or of unlimited availability of gasoline. Only voluntary, inspired self-restraint can raise man above the world stream of materialism.”


A World with Few Limits

We can build almost anything, literally and figuratively our very own towers of Babel.
And why do we do this?  To advertise our relative wealth, power, immortality, and inadvertently to expose our nouveau riche tastes.  Basically, “keeping up with [and bettering] the Joneses.”
It would be cheaper (and more tasteful) to just get a really good therapist.

What if we built buildings we actually wanted to be in: to work in, to live in, to play in, without worrying about who it would impress.  What would those buildings look like?  Would we sacrifice our neuroses about being good enough or better than someone else so that we could be who we really are?  Would we walk away from the expectation of a three-bedroom home and 30 year mortgage to create a space that makes sense?

Questions about our Disposable Architecture 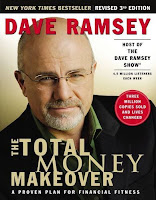 These are NOT new Ideas

In The Not So Big House, Sarah Susanka promotes right-sized homes over homes that are too big; she asserts that the same budget can create wonderful places with quality craftsmanship and artistry if the buildings are not oversized.  Though she's not trying for affordability, she attacks the idea that bigger is always better.

In The Total Money Makeover, Dave Ramsey says that the necessity of a thirty-year mortgage is a myth to which we need not ascribe.  He recommends saving up and paying cash for a home or at the very most, a fifteen-year fixed rate mortgage*. “We buy things we don't need with money we don't have to impress people we don't like.”

*Dave recommends a max payment of 25% of your gross income for mortgage...after you've made sure you have no other debt.


In Banker to the Poor, Muhammad Yunus asserts,
"If you go out into the real world, you cannot miss seeing that the poor are poor not because they are untrained or illiterate but because they cannot retain the returns of their labor. They have no control over capital, and it is the ability to control capital that gives people the power to rise out of poverty.”

You could say the same thing about the middle class in America.  Capital does not work for us, it works against us. And the primary saboteur is called a MORTGAGE.